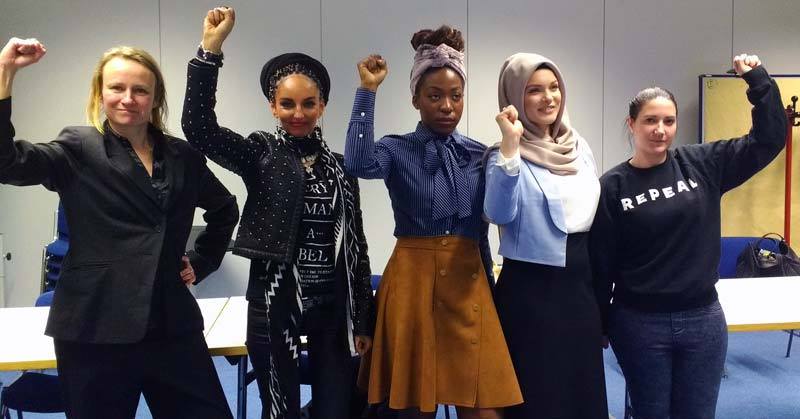 An empowered and emboldened far-right continues to attack women*s rights. But across the world, a new feminism is rising. It is a feminism that fights for bodily autonomy, reproductive rights, fair wages, job security, paid domestic labor, a sustainable environment, freedom of movement, and freedom from violence for all women*.

Join The Coalition as we host activists from Ireland, Poland, Hungary, and Germany. We’ll hear about the specific struggles taking place in each country, from the “Black Monday” protest of Polish women to overturn the abortion ban, the struggle to legalize abortion in Ireland through the repeal of the Eighth Amendment, defending Muslim women in Germany, and the experience of women of color in Europe.

We must internationalize our resistance.

Hosted by The Coalition Berlin 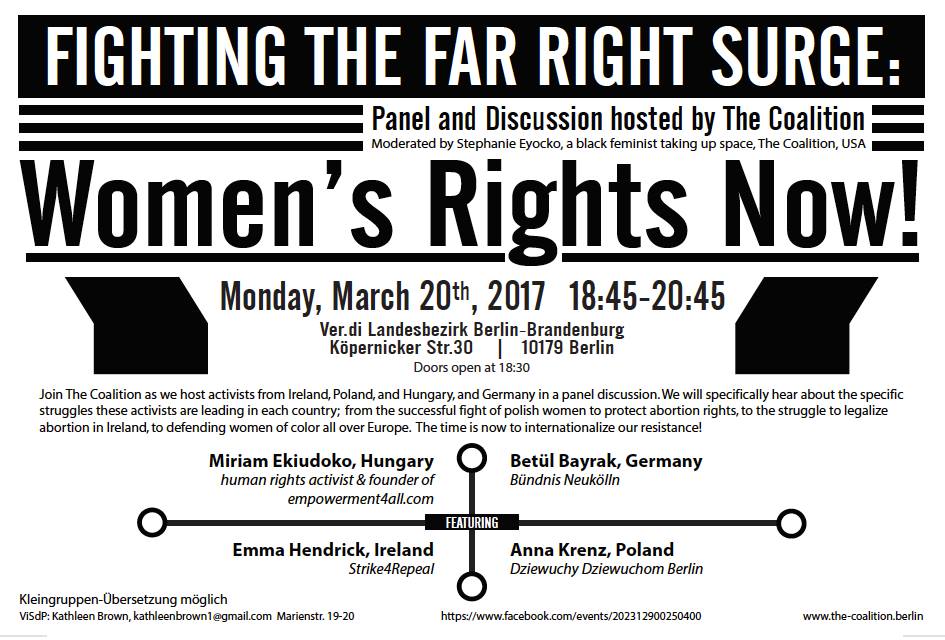