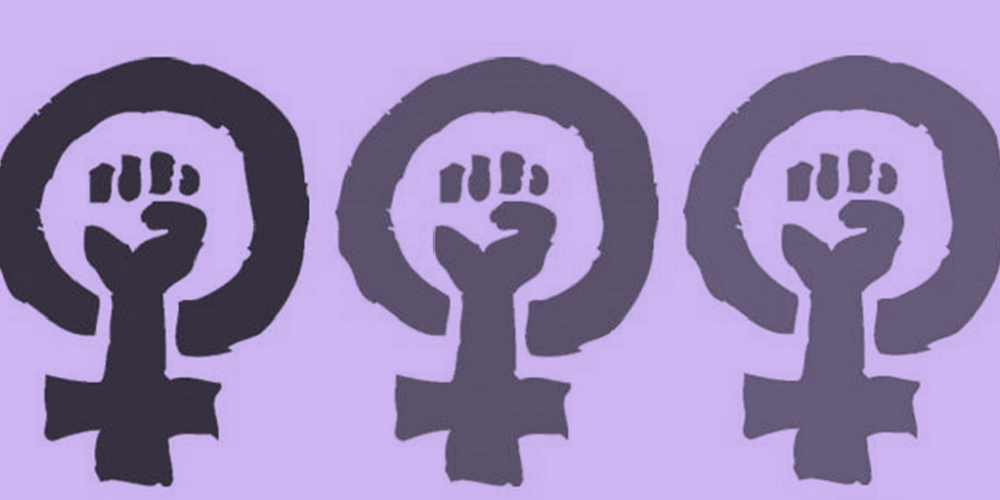 Dziewuchy Berlin in solidarity with women of Bulgaria.

This is a call for international solidarity with an upcoming protest in Sofia, Bulgaria that will voice our anguish with a growing violent wave of misogyny in the country.

We will demand changes that do not only concern the criminal code but such that aim prevention of misogynic crimes. We will also demand an end of violations of rights of working women in the country and changes towards a more responsible social security system.

Bulgaria’s refusal to ratify the Istanbul Convention on preventing and combating violence against women and domestic violence in the beginning of 2018 was the tip of the iceberg in a long standing process of hatemongering against women that included gradual removal of their working rights, and an effacement of years of hard-fought social rights. For example, child care is being dislocated from the social sphere, while the government promotes completely inadequate measures against gender based violence and plainly refuses to admit its existence. We have been witnessing a wave of attacks against women and queers on the streets, in their work places, and at home. Many men felt threatened by those who voice their anger with the undying patriarchal structures and step forward to defend their privileged position relying on both physical and verbal abuse. Walking on the streets in Bulgaria is becoming more and more dangerous endeavor for women and queers with each passing day. Since the beginning of 2018, twenty-two women have been killed in domestic violence throughout the country. There are countless victims of gender-based harassment.

Bulgaria exhibits extremely poor labour conditions, which can be linked to a long-standing and ever increasing market liberalization and deregulation. Women are dispropotionally affected by these processes as a recent report on the garment industry has shown. The labour conditions are coupled with a steady increase in the risk of social exclusion and poverty due to impaired access to social securityschemes, where, again, women bear most of the consequences. Additionally, there are very strong  attempts on part of the Bulgarian Industrial Capital Association (BICA) to lower both the period and amount of pay for maternity leave in the country. These efforts are actively defended by politicians throughout the entire political spectrum and constitute yet another attack on the working people in Bulgaria, and particularly women. Although we realize that having two years of paid maternity leave is a very rare occurrence worldwide, we would like to stress how important it is to keep it intact for the sake of the feminist movement worldwide. Firstly, the maternity leave is the result of a long-fought feminist battle in the country and we do not want to lose any more of the social security our mothers and grandmothers fought  for. Secondly, women receive only 380 BGN (160 EUR; 220 USD) per month in the second year of their leave, which, needless to say, is a mockery with their workforce. The small amount of social aid, the lack of state and municipality kindergartens, and the extremely low salaries in the country force women into an impossible situation. Each year the responsibility of child care more and more falls on them and drives them away from all sorts of public spheres and influence. Thirdly, we strongly believe that childcare should be a shared responsibility not only between partners, but in the society as a whole. People directly involved in the childcare process should decide on the duration of the childcare leave; the decision-making process should not be dictated by business or market interests. To take away this right from us, would mean yet another lost battle for all of us around the globe.

What you can do:

1) You can write a short (or long, as you wish) message of solidarity which will be published in dVERSIA (http://dversia.net/category/english/) and available online to all women in Bulgaria. We will also translate some of the messages and post them with hashtag #несисама (you are not alone) so Bulgarian women can see that the world stands with their cause. Send us your messages at levfembg@gmail.com

2) You can write protest letters to the Bulgarian Industrial Capital Association and demand they withdraw their demand and apologize to the working people in Bulgaria. Their email is: bica@bica-bg.org. You can use the hashtag #несисама  in order to voice your protest against BICA and tell them what you think of them.

Ideally, your support will reach us before November 26, so we can continue building momentum for women to feel supported to walk out. As this is not the end, support is welcomed after November 26 as well. We will continue reaching out.