The Left Berlin – International working group Die Linke invites everybody to the discussion on reproductive rights and upcoming elections in Poland!

“Poland is holding elections on 13 October, and the prospects don’t look good. The ruling Law and Justice party (PiS) is consistently polling at around 45%, and they will use any electoral success to reinforce their neoliberal conservative agenda. PiS leader Jaroslaw Kaczynski has said that Poles should vote for the “preservation of family values, the future of Polish tradition and the Church in our country”

PiS has stoked a homophobic atmosphere by declaring war on what it calls the imposition of ‘LGBT ideology’. Archbishop of Kraków Marek Jędraszewski has warned of a “rainbow plague”, and in July right-wing nationalists stoned the Pride parade in Bialystok. Reproductive rights face similar threats. Poland has some of the most restrictive abortion rights in Europe, and a new right-wing government could tighten up these meagre restrictions.

These attacks on sexual freedom are not going unopposed. The black umbrellas movement has already organised impressive demonstrations for reproductive rights, and a series of Pride marches have been called – including one in Szczecin on the German border on 14 September.

On the electoral level, LEWICA (Left), a new coalition of the post-Communist SLD, Wiosna and RAZEM has been formed. LEWICA’s electoral programme includes a demand for legalised abortion rights up to 12th week of pregnancy. LEWICA is currently polling at over 10%, so the return of the left to the Polish parliament is almost guaranteed.

How bad is the situation for women and LGBT people in Poland? What struggles are taking place, and how can we support them? As PiS attempts to forge links with Conservative parties across Europe, and Polish fundamentalists are set to join the “Marsch des Lebens” in Berlin on 21 September, what do we need to do to build the international fight for equal rights?

To help answer these questions and more, the LINKE Berlin Internationals will be joined by 2 Polish female activists for a discussion on Monday, 23 September:

Hanna Grzeskiewicz is an active member of the LINKE Berlin Internationals and is involved with various feminist organisations in Berlin including Dziewuchy Berlin and the Berlin Feminist Film Week.

Joanna Bronowicka is a transnational politician, a member of RAZEM, she was a candidate on DiEM25 Germany’s list for the recent European elections and will run for a Member of Parliament as a LEWICA candidate in October 2019 elections in Poland”

Text and photo: The Left Berlin 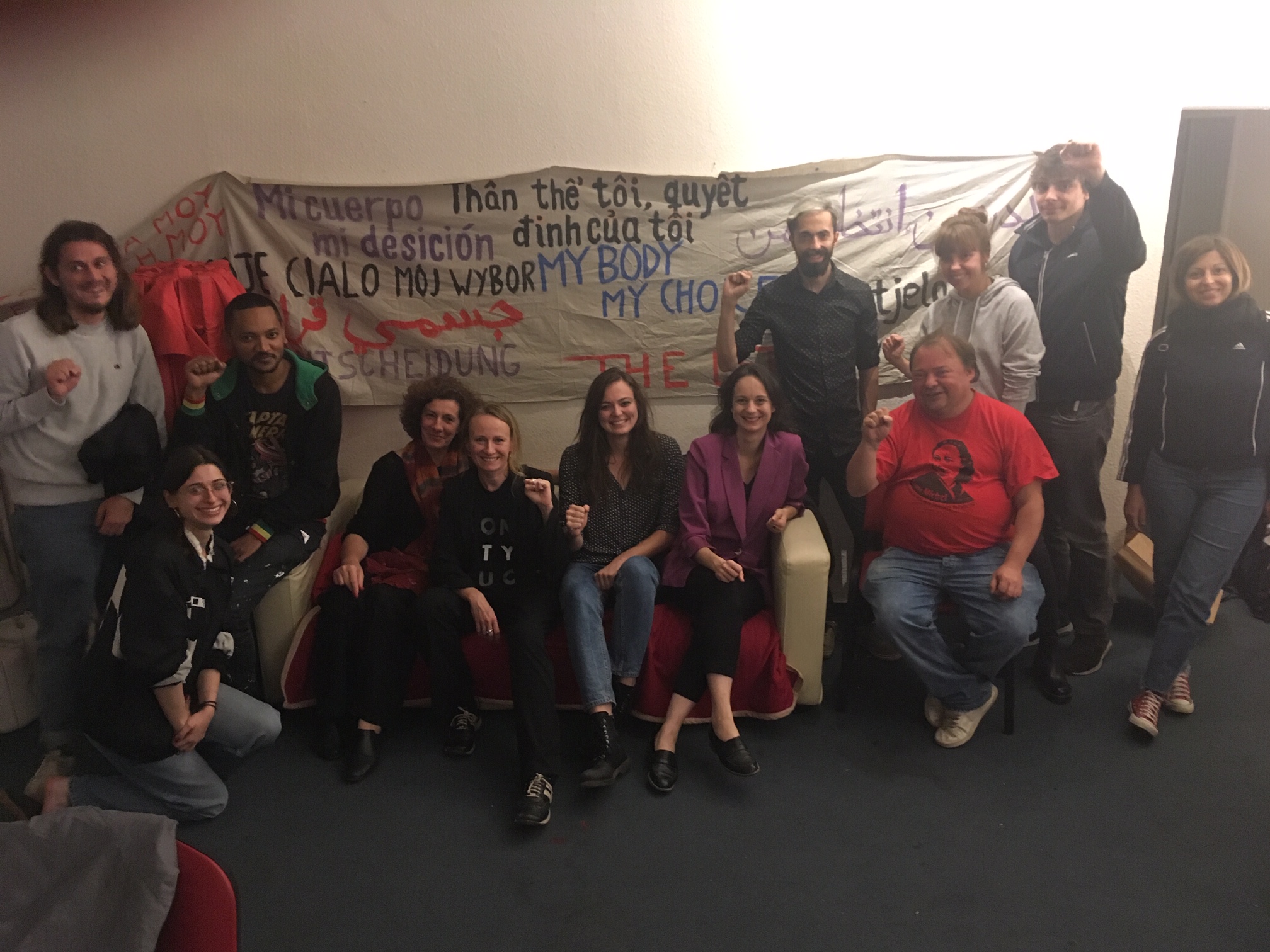