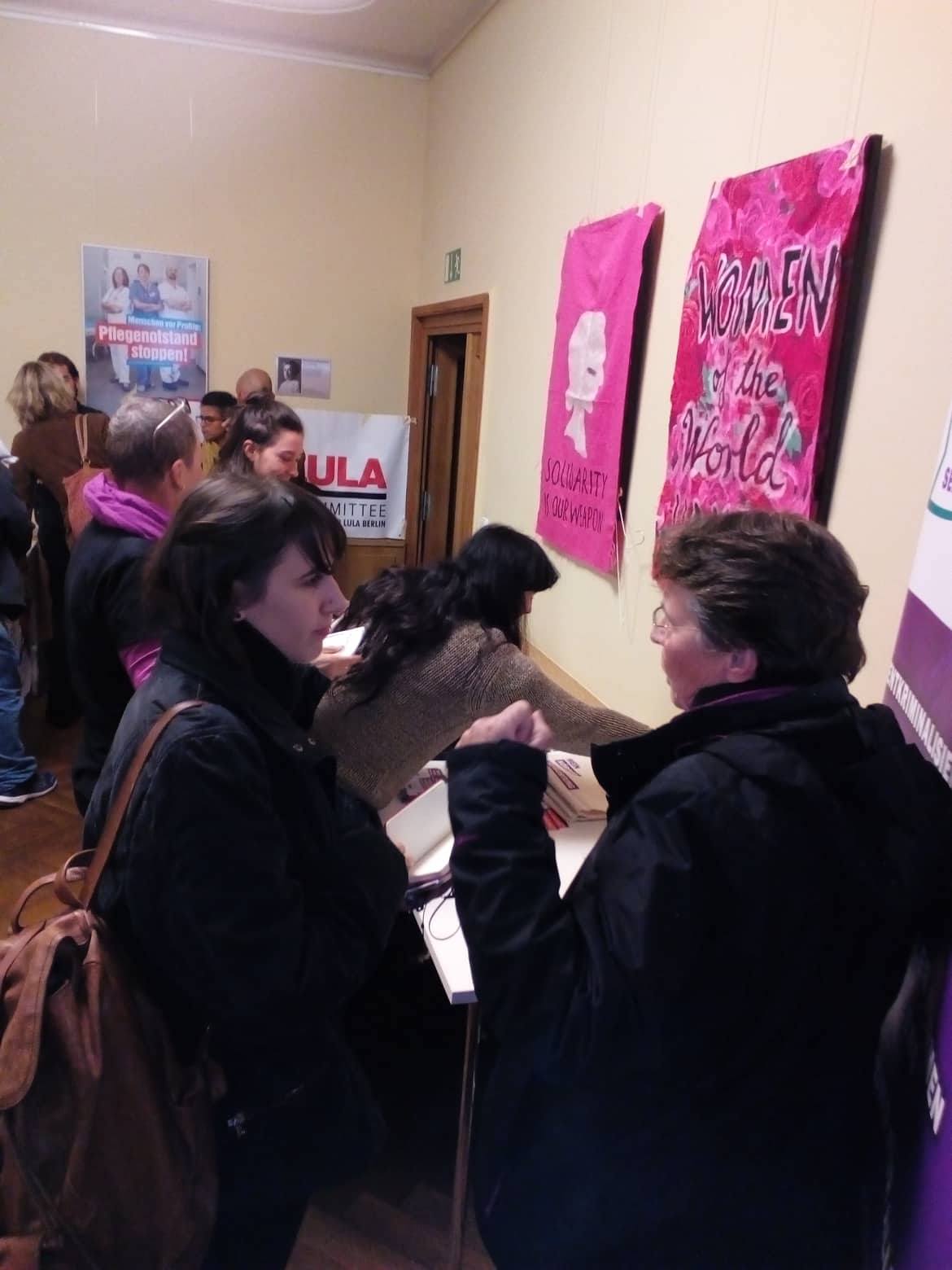 Part of our activities is information sharing and networking. We were invited by the Linke International to make a stand with information about reproductive rights in Poland during the event on Monday, Sept 24th.

About the event (via: The Left Berlin) 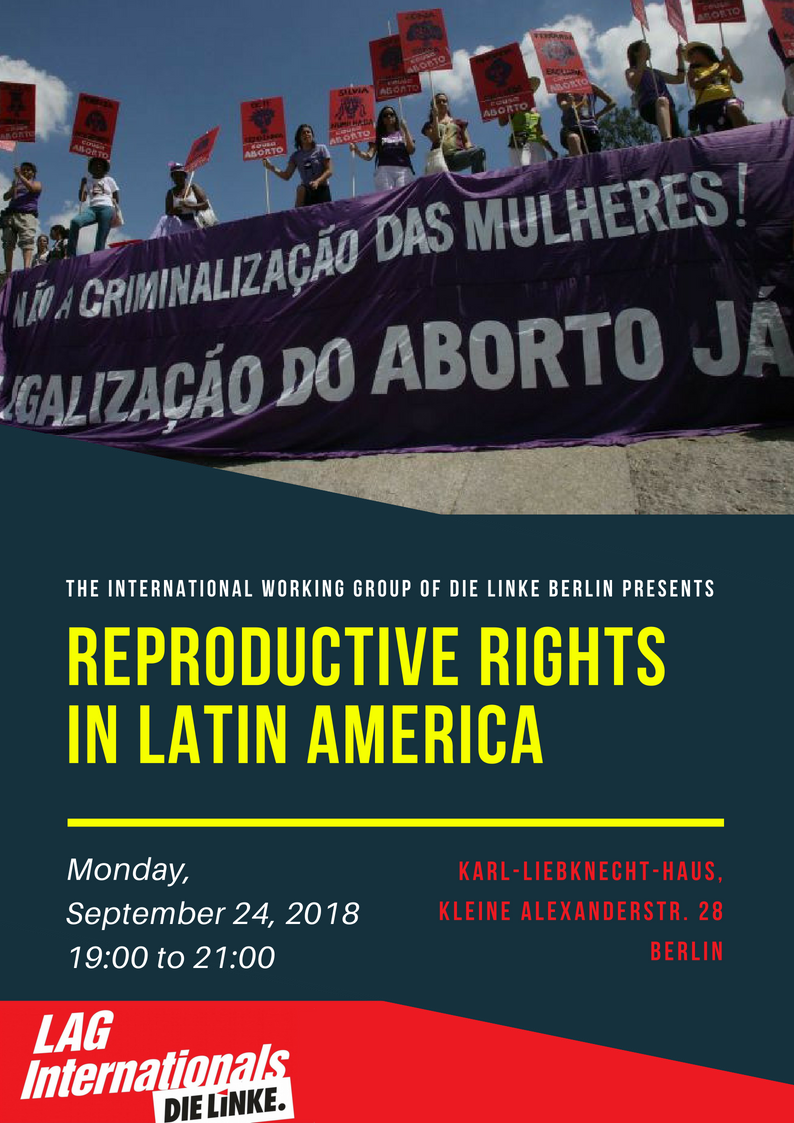 About 90% of women of reproductive age in Latin America and the Caribbean live in countries with laws that restrict abortion. In six of them – El Salvador, Honduras, Haiti, Nicaragua, Dominican Republic and Suriname – voluntary termination of pregnancy is completely prohibited. The legalization does not even allow an abortion in order to save the life of the women or to terminate a pregnancy that resulted from rape.

Without permissive laws, women continue to resort to clandestine clinics, resulting in a significant number of complications and deaths. According to the World Health Organization (WHO), 95% of abortions in Latin America are carried out illegally and are therefore extremely unsafe. Until today, abortion remains one of the major causes of maternal mortality.

The backwardness of the region in terms of reproductive rights is, to a large extent, owed to the political power of ultra-conservative religious forces. Besides the traditional influence of the Catholic Church in the region, Neo-Pentecostal Churches were able to expand their role and political power significantly in the last decades. Particularly strong in Brazil and Central America, the political representation of Neo-Pentecostals is generally characterized though ultra-conservative positions in relation to the family, gender roles and, particularly, women’s reproductive rights.

This gloomy scenario has, on the other hand, configurated the region as one of the most the most important stages for the mobilization for women’s rights – especially those related to reproductive autonomy. In Brazil, Argentina and Chile, feminist movements have taken the streets and challenged the ultra-conservative forces that took a hold of women’s bodies and their autonomy of choice.

In 2017, the massive mobilization of Chile’s women led to a small victory in the country that had one of the strictest abortion laws of the region, not allowing the voluntary termination of pregnancy under any circumstances. In August 2017, the Chilean congress passed a law that decriminalizes abortion under three circumstances: if the life of the pregnant woman is at risk; if the pregnancy is the result of rape; or if the fetus will not survive. However, Chile’s women have not left the streets after this partial victory. Thousands of people marched in Santiago demanding a “full, free, legal” abortion law, despite provocations from opponents to the legalization, which included the stabbing of three women on the last demonstration.

Since 2015, Brazilian women have taken to the streets and protested not only against the attack on their reproductive rights by fundamentalist forces, but of democracy altogether. Women of all social classes and ages are founding feminist collectives, demonstrating against attacks on their reproductive rights and social cuts under the administration of Michel Temer. While the Brazilian Supreme Court discussed the unconstitutionality of the criminalization of abortion in Brazil in August, pro-choice activists have been persecuted and threatened by religious fanatics.

In Argentina, the women’s movement stood very close before a history victory, but have eventually been disappointed: In June, the lower house of Argentina’s congress approved a bill that would legalize abortion in the first 14 weeks of pregnancy. While the text for the bill was written by women’s organizations and received massive popular support, the Argentinian Senate eventually rejected the bill in August.