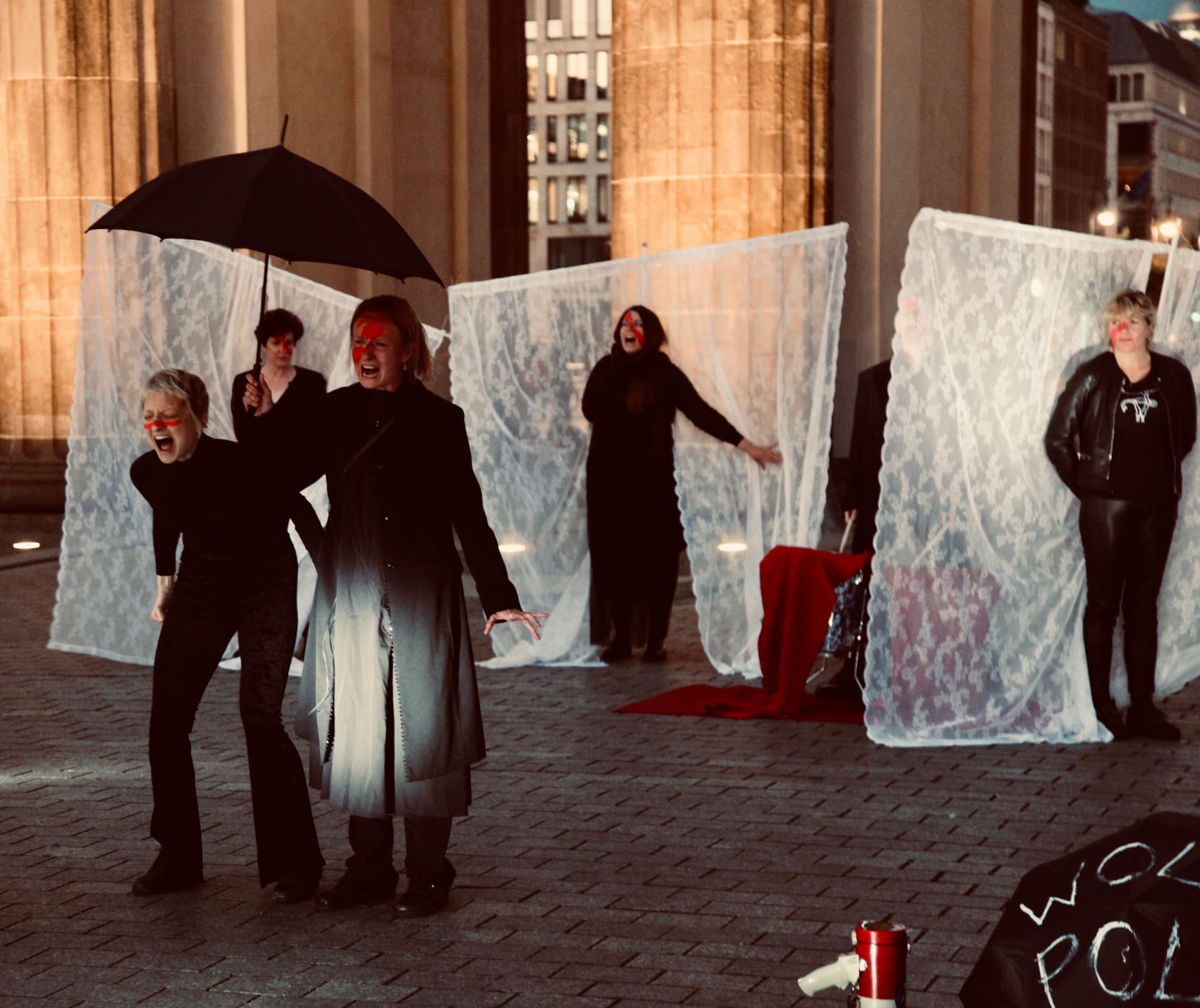 Poland is about to ban abortion completely

On Oct 22nd 2020, the Polish Constitutional Tribunal will decide whether the embryo-pathological postulate is consistent with the constitution. Considering the fact, that the Tribunal is totally controlled by the ruling party PiS and considering that this postulate accounts for 98% of all abortions, legal abortion might get banned in Poland for good. Not by a new law, but by the sentence of the Tribunal. Text by Magdo Magdo and Anna Krenz / Dziewuchy Berlin

We are facing another war on women’s / human rights in October 2020 in Poland, where two powerful forces will clash (again) – democratic free society and ultraconservative right wing.

The Constitutional Tribunal with its President appointed by PiS, Julia Przyłębska, privately wife of the Polish Ambassador in Berlin, will consider the application submitted by PiS MPs Bartłomiej Wróblewski and Piotr Uściński, and signed by  119 MPs from PiS, Konferedacja and PSL-Kukiz’15. Judge Justyn Piskorski, known for his ultra-conservative views, has been appointed as he rapporteur for the motion during the hearing on 22 October. The motion was also approved by the Minister of Justice and the Children’ Obundsman as well as ultra catholic anti-choice organisations. And the Episcopate. They are all cis-men, obviously. People who will NEVER GET PREGNANT. Polish President Andrzej Duda, who took part in the March for Life, organised by anti-choice groups in Warsaw, will probably support the project.

It is not the first and only attempt to tighten the abortion law, or ban abortion completely. It is just another step. This is also not a new application. The same application prepared by MP from Law and Justice, Bartłomiej Wróblewski, was submitted to the Constitutional Tribunal in 2017. However, Julia Przyłębska, withheld the motion in the Tribunal for two years, until it was canceled when the new term of the Sejm began. In December 2019, Wróblewski submitted the application again.

Throughout the previous term, PiS avoided working on controversial abortion bills, which were submitted to the Sejm as civic bills, i.e. supported by at least 100,000 citizens, like “Stop Abortion” by anti-choice activist Kaja Godek, a in 2016.

But there were also small steps, some easily escaped the attention of the public, like the draft amendment to the act on the profession of doctor and dentist, stating that if a doctor, relying on the conscience clause, refused a medical service, the hospital was not obliged to indicate the place where the service could be performed.

Since 2017, emergency contraception is available ony with prescription, since 2018, doctors are able to prescribe a maximum of 120 days of use per prescription. This also applies to contraceptives, which could be prescribed for 180 days so far.

The Parliamentary Committee on Changes in Codification is working on a civic bill “Stop Paedophilia” submitted in April 2020 by Kaja Godek and the Pro-right to Life Foundation, penalizing some forms of sex education.

In some cased the attempts to ban abortion appear in most absurd situations like during a parliamentary proceedings about the bill on animal torture in September 2020 – Konfederacja tried to pass an amendment “which would guarantee – since you are so concerned about the safety of life – also the safety of human life, abolishing eugenic abortion” – said Grzegorz Braun, Konfederacja MP, who is known for his cooperation with AfD in Berlin.

And today, instead of tightening the anti-abortion law directly, the government is now making an inconspicuous legislative trick – leaving the decision to the Constitutional Tribunal.

The current rules in Poland are, next to the Maltese law, the most restrictive ones in the EU. The issue of abortion in Poland is regulated by the 1993 Family Planning Act.

According to its provisions, legal abortion can be performed in three cases, when:

– the pregnancy is a threat to the health or life of a woman,

– the fetus is severely and irreversibly damaged, or

– the pregnancy is the result of incest or rape.

It is often difficult to justify the termination of a pregnancy in one of those three cases. It was pointed out by the European Court of Human Rights, which found that Poland violated human rights in cases where pregnant people could not get an abortion, despite the fact that the law formally provided this kind of possibility.

The doctor and the person assisting in gaining access to the procedure in any case other than these three may be imprisoned. The access to abortion in these cases is hampered by the inappropriate application of this law. It is difficult to find a doctor who does not use the ‘conscience clause’ (the doctor can say it’s against their beliefs).

The penalty of imprisonment makes many doctors reluctant of performing abortions, because they are afraid of reporting the cases to the prosecutor’s office, especially in complex cases, when they are responsible for assessing the threat to the pregnant person’s life or health.

In 2019, out of 1,100 legal abortions, as many as 1,074 were abortions due to fetal defects (almost 98% of all procedures). 33 pregnancies were considered a threat to the pregnant person’s life. Only three of all abortions performed were approved because they resulted from rape. However, the real number of abortions in Poland exceeds 100 000 a year. Many try to perform abortion on their own risk or go abroad to other EU-countries.

The issue of abortion has been discussed in Poland for years, dividing the society and causing cultural and world-view wars. Today, after 5 years of PiS ruling the country, ultracatholic and far right movements have risen in power, taking on to the streets, appearing in media, demanding a conservative nationalist postulates on many issues. The Catholic Church still plays a major role. Along with COVID-19 restrictions, some of the right wing movements gained more presence.

Seeing the situation in a broader perspective, especially in light of the recent attacks on the LGBT community and the struggle against imaginary “gender or LGBT ideologies”, one can see the same figure – anti-choice activist Kaja Godek, who now promotes another civic bill “Stop LGBT” and collects signatures, also in churches. The new bill would prohibit the organization of equality marches in Poland.

Women in Poland have repeatedly expressed their position when it comes to tightening the abortion law. If the right wing and the government do not remember this, we will be happy to go out into the streets with hundreds of thousands and remind them. We are prepared for great mobilization. Meanwhile, supporters of tightening the law plan to pray the rosary every week in front of the Constitutional Court.