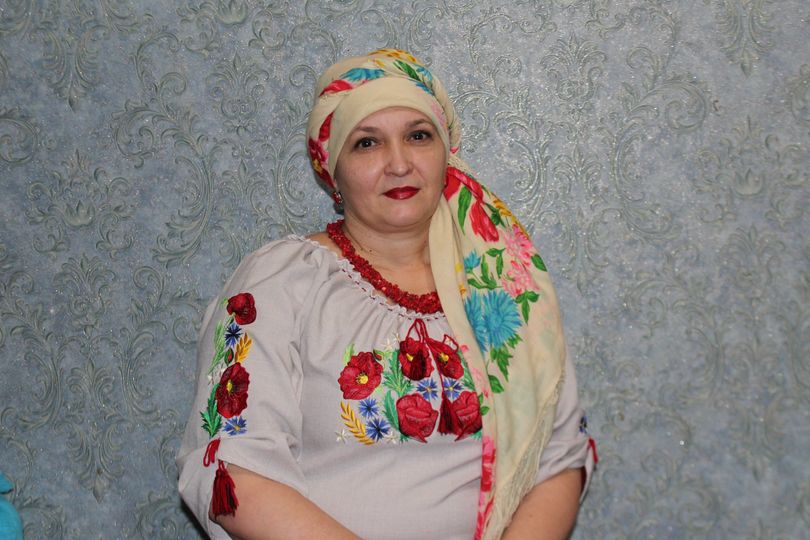 My name is Tatiana.
Powerful story of a powerful woman.
My name is Татьяна Зезюлькина (Tatiana Zezyulkina). I am one of the founding members of SEMA Ukraine. I am 52 years old. I live in Ukraine in the Chernihiv region. I have 2 higher educations – pedagogical and psychological.
For 21 years I served in the internal affairs bodies of Ukraine (police). I have a husband and 2 children. I retired in 2010 but I continued to work. I was elected deputy of the Nosivka City Council and secretary of the city council. Then I was elected a deputy of the Nosivka District Council. All my life I tried to help people.
With the beginning of the war in 2014, I began to actively engage in volunteer activities, collecting and transporting food and water to the area of ​​anti-terrorist operation / environmental protection. Repeatedly my crew came under enemy fire. During one of our trips, we were illegally imprisoned, where my friend and I were subjected to sexual violence.
This fact was the reason why I and my friend were accepted into SEMA, where I am now a member of the council. I have been an active member of the organization since the first meeting on February 19, 2019.
We are at war with Russia, which for some reason is shamefully called the ATO or a military operation. But this is not the case. This is a war where Russia is an occupier, aggressor and enemy without honour and conscience. Every day we read reports on the violation of curfew, war crimes, losses and some almost illusory “Minsk agreements”.
And today, in the 8th year of this war, we are talking about a full-scale invasion of Ukraine. And we very rarely talk about the fate of those civilians who were taken prisoner in ORDLO (The uncontrolled portions of the Donetsk and Luhansk Oblasts, invaded by the Russian enemy in 2014).
These people (I’m talking about those who survived all the horrors and suffering for the pro-Ukrainian position) lost everything – property, relatives, health. It is especially difficult for women to go through all this.
We are the Ukrainian part of the SEMA Global Network, which has been operating in Ukraine for 3 years. It is a network of women survivors of sexual or gender-based violence in eastern Ukraine as a result of the armed conflict.
Our group of women are women who speak openly about our experience and who work to end such violence.
Most of the women in our organization were civilians and provided assistance to the SBU (Ukrainian Security Services), the Armed Forces, and volunteer battalions. But from the beginning of the war in 2014 until February 24, 2022, survivors like us in our country did not have any official status, which made us extremely vulnerable. But we have taken and are taking an active part in the life of our state and are fighting against the enemy as best we can.
So far, we have united more than 25 women affected by war sexual violence. Women from our organisation support war rape survivors in Ukraine now. Believe me, this is extremely difficult to do.
We are happy to share our achievements. But, first of all, I want to emphasize: that all members of SEMA Ukraine were violated by the Russian soldiers. Each of us has a terrible story. All have experienced sexual or gender-based violence in one form or another. Many of us were raped in captivity.
But each of us can talk about it out loud.
We did everything possible to ensure that what we experienced was never repeated in Ukraine. But that was not enough – today sexual and gender-based violence in Ukraine is a weapon of war. And we can and want to help new victims of sexual and gender-based violence, which, unfortunately, has become very numerous after February 24, 2022.
We work as an organization and expect the state to acknowledge the facts of these crimes, conduct proper investigations, keep statistics and bring the perpetrators to justice. And for this work, it is necessary to unite with government institutions, public organizations and active citizens of society both inside the country and abroad. And this union will be for the sake of peace, for the sake of confronting the enemy.
Together we have strength. Together we are invincible. I call on everyone to unite for peace. We will win and the guilty will be punished !!!
Glory to Ukraine!!!
***
Dziewuchy Berlin are part of the International Council of Polish Women+ supporting network of organizations. Some Dziewuchy are also members of the Council.
Check our fanpage for more infos about support for Ukraine: Facebook: Polonijna Rada Kobiet | www.polonijnaradakobiet.org
More from the International Council of Polish Women+:
Our joined with Łódzkie Dziewuchy Dziewuchom fundriser has just reached a milestone of almost €6.000.
It’s over a half of what we are asking for and all the money donated will be used to support SEMA Ukraine members with medical and humanitarian supplies.
There are 73 of us!

12 days left.
Together we can!

Link to our fundriser:
https://zrzutka.pl/en/support-sema-ukraine
***
The video recording from our online event: “16 Unbreakable Women” is now available to everyone! The panel discussion was dedicated to the SEMA Ukraine, a branch of a global SEMA network, that advocates for war sexual violence survivors.
We thank: All SEMA Ukraine members who joined us for the evening, among them Ірина Довгань (Irina Dovgan) and Татьяна Зезюлькина (Tatiana Zezulkina).
Our panellists, prominent global activists, lawmakers and feminists and wartime sexual violence survivors themselves shared their stories and expressed their deepest support to their Ukrainian sisters in the current crisis: Wiola Rębecka, Shumu Haque, Chantal Rutayisire, Delkhwaz Haciy, Nasrin Rasho, Sabiha Husić, Shyhrete Tahiri-Sylejmani and Feride Rushiti.
Karolina Sulej for chairing the session with a powerful voice of empathy and unspeakable understanding
Katerina Yegorova for amazing and solid 3 hour translations of our discussion
Oxana Lytvynenko for all her backstage support with translations and logistics.
All journalists and the public that joined us for the event to show solidarity.
We thank everyone for supporting our campaign to raise social awareness of the need to break the war rape taboo and provide complex support for the survivors.
For sharing your will to support our brave sisters in Ukraine.
The atmosphere of sisterhood and mutual support we created was empowering. It worked! We created a safe and comfortable space for our brave women to speak out and share their stories! We thank you for your courage, women warriors!
We encourage you to watch the whole discussion on our Youtube channel and invite you to join our network of support for SEMA Ukraine.
https://www.youtube.com/watch?v=fFcZAQlvAGE&t=116s
#StandWithUkraine #supportukraine #onlineevent #DiscussionPanels #HumanRightsViolations #womensurvivors #warinukraine