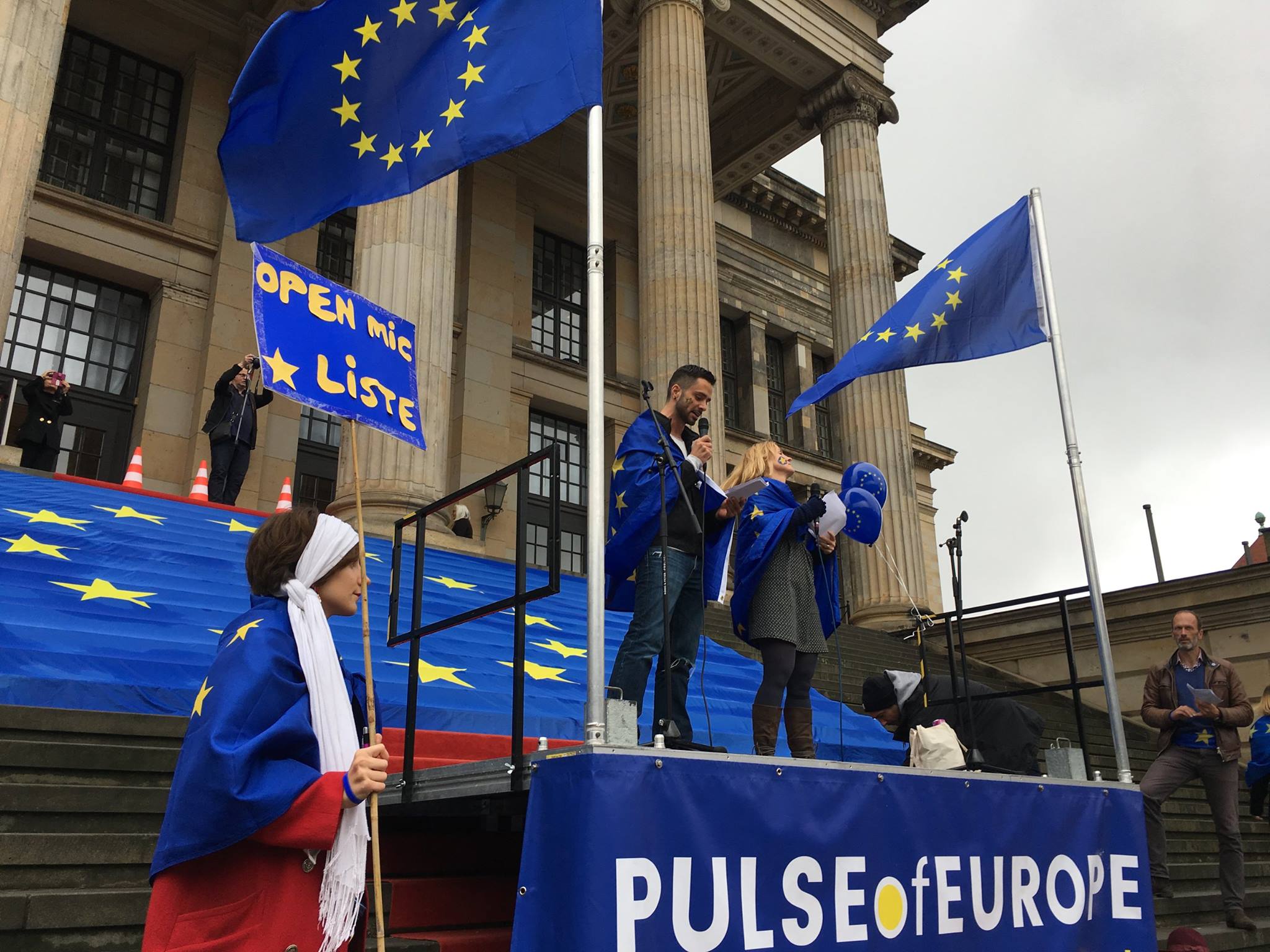 I was born in the 80s in communist Poland. I remember my country entering the NATO and the European Union. I remember how we were waiting for that, dreaming about the times when our life will start to look like the lives of the people in the West. We have achieved that and a lot of people lost their interest in the politics or public life in general; we were told to work hard and learn hard to get the profit and the careers that our parents and grandparents could never get; and so we did.

But the other side of this dream is the disappointment and the fear of people who felt excluded from the changes. For them, it was the end of traditional, predictable world and meeting the Others. Populists chose the new demons to represent the fears: the immigrant represented by every foreigner; the LGBT/gender person who destroys the family; the evil Western world who betray us and turn into their cheap labour; the rich businessmen who make profit out of our misery; the treacherous intellectualists and scientists represented by corrupted lawyers and doctors, scandalous writers and musicians and so on.

The anti-science movement is supporting this fear with their campaign against vaccinations, in-vitro, organ transplantation, contraception and such; they believe that all of the above poison us with chemtrails and vaccines, that we are the guinea pigs for the worldwide conspiracy of the rich and the educated, the “white mafia”, Big Pharma, all financed by the West, the Germans, George Soros, Israel and Putin at the same time. The Catholic church supports these fears and feeds the xenophobia as they believe it will stop the secularization and make people come back to the traditional model and the churches that lose their publicity all the time. The new nationalists, the neo-nazis appear – who recruit mostly from the groups of young, economically excluded men with poor education and jobs; who don’t go abroad except to work as physical workers, who perceive the Western world as dangerous because they do not understand it; they hate the other immigrants as a competition and they are feeling they are losing on a sexual market. There is a strong hatred towards Polish women who marry foreigners, especially of different skin colour or religion as they “spoil” and “betray” the true, white, Polish genes. It may look like nothing has changed; we still work; we have our homes and drive our cars; however, people start being afraid to say what they think; some people lose their jobs due to the political attitude; the neo-nazis appear more and more on the streets; people from other countries and cultures are being attacked; you may be severely beaten just because of speaking a different language on a tram.

Us, the anti-government movement, the resistance, the leftists, the feminists, the ecoterrorists, the citizen movements who cooperate with all of the above are the new enemy represented by the Communist figure – it is extremely popular in the generation born after 1989 who have never seen a communist in their life; but the label is applicable for everyone the government wants to destroy and blame. All this represents the fears of a statistic Pole – the fear to lose one’s job, to be a victim of malpractice at the healthcare; to discover his son is gay; to see his daughter getting married and pregnant with a muslim guy, to have their homeland be bought and taken by the rich German businessman (polish farmers have supported the law that restricts buying the land completely.

.This is all presented as a battle of the civilisations, clash of the cultures, the human races, the genes – from this perspective the government is defending the Nation and the Christianity and the White People and the Family while the resistance wants to destroy all of it.

Please do not get me wrong – I don’t want you to pity us. I want you to know that what the Polish propaganda says about us is lies. Poles do not want to leave the EU and they do not hate everyone else around. We have struggled for decades to fight the communist system and we have fought it peacefully. We will overcome this time too. Just don’t forget about our fight.

(These are the notes for the speech. It is shorter. It was held during the Pulse of Europe demonstration on 1.10.2017 in Berlin).