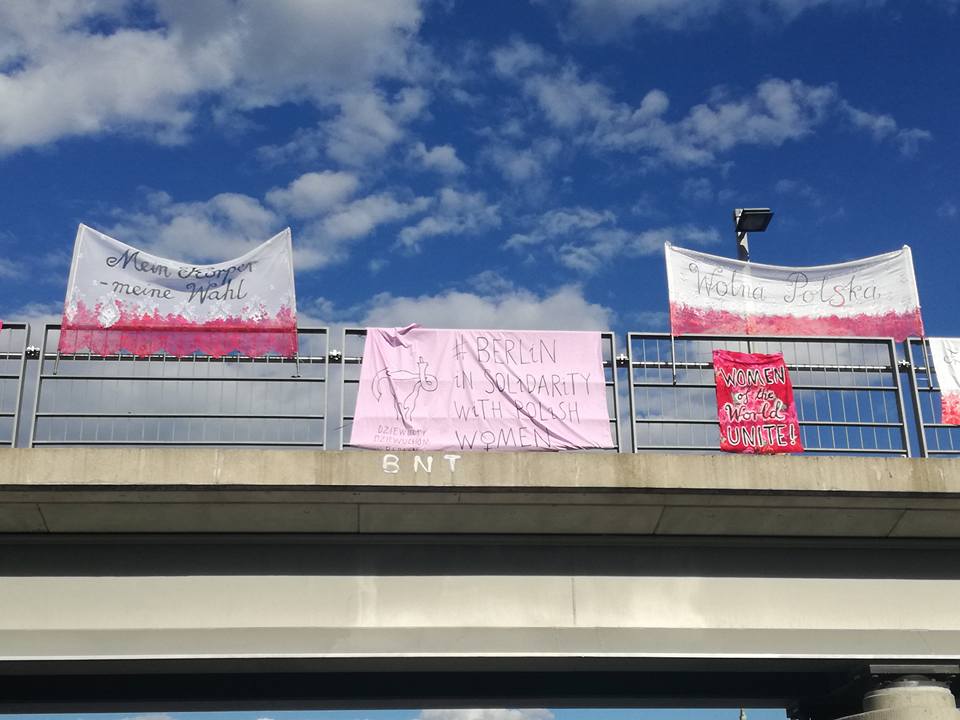 The proposed debate about “Stop abortion” bill draft was postponed (to an unknown date) and directed to a new commission. It is possible that PiS considered this bill as too much, in face of numerous protests – as it revolves around influences of the Church (Episcopate) vs women.
Further, some say that the bill was timed (quite last minute) to divert attention from a new law that is forcing Supreme Court judges in Poland to retire. The law has put Warsaw at odds with the European Union, which has triggered sanctioning procedures yesterday.

Where are we now? Poland’s activists continue to protest against the new Supreme Court law. The “Stop abortion” bill is freezed to a later date. But we watch the situation closely, even though it is summer holidays.

Debate over Poland’s graphic anti-abortion billboards rages on
Over the past years a number of controversial billboards have fanned the flames of the never-ending controversy between pro-life and pro-choice sides. Abortion provisions in Poland are among the most restrictive in the world.
http://www.krakowpost.com/19302/2018/06/debate-over-polands-graphic-anti-abortion-billboards-rages-on

Polish judges law: EU steps up row over retirement rule
On the eve of new Polish measures that could mean dozens of senior judges losing their jobs, the European Union has launched a legal case against the country’s right-wing government. The EU’s executive has already accused the Polish authorities of bringing in laws that “interfere significantly” with the judiciary. Now it has given Warsaw a one-month deadline to answer its concerns.
https://www.bbc.com/news/world-europe-44679964