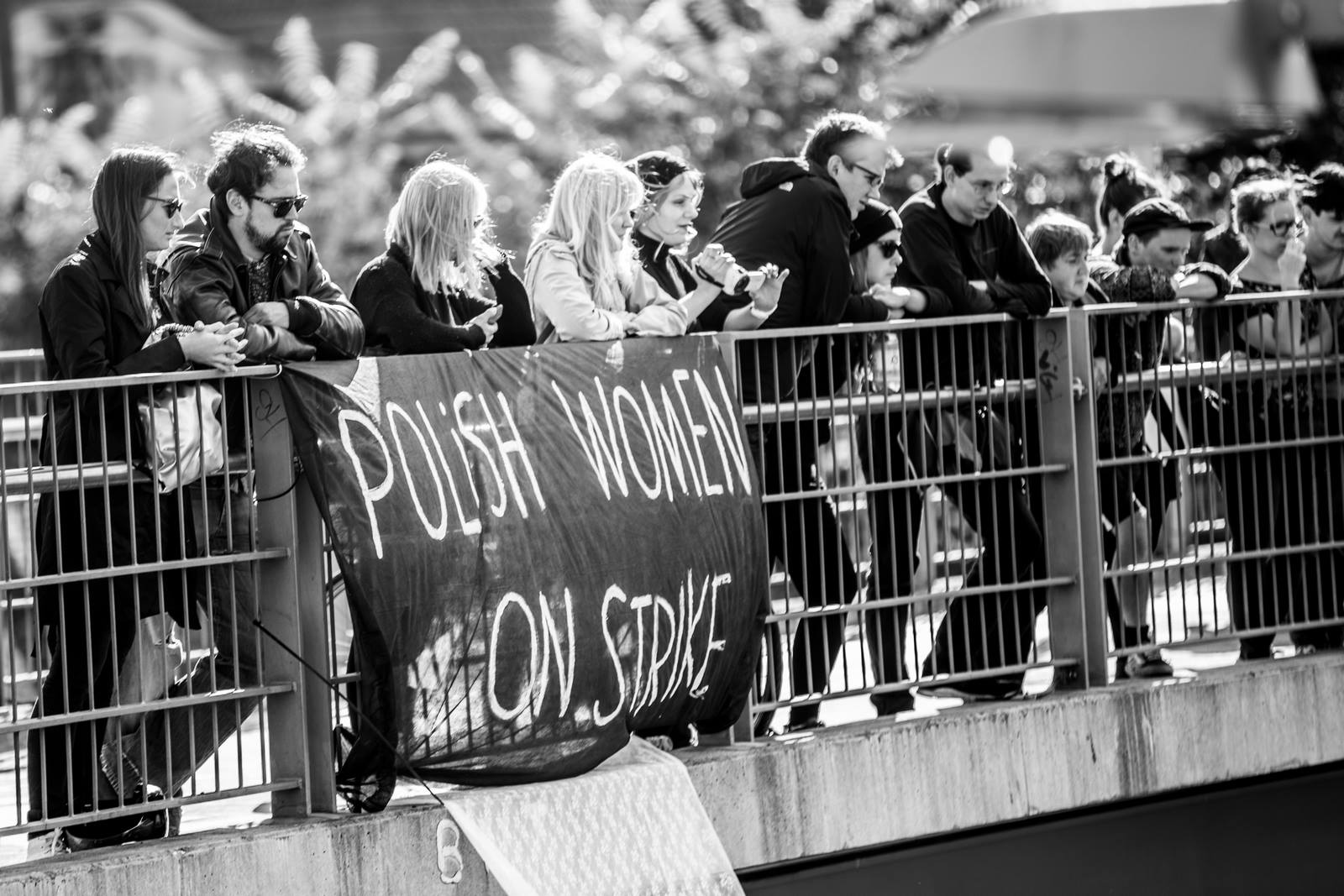 During the BLACK PROTEST in Berlin on October 3, 2016, about 2,000 people (women, men, children, Poles, Germans and citizens of other countries) gathered at Warschauer Brücke to jointly protest against the anti-abortion law proposed by the government. Our role as Poles abroad is to inform the world about what is happening in Poland. Our role as women is solidarity and raising a voice of opposition! Several invited guests took the floor during the demonstration: writer and journalist Margarete Stokowski Ultras, @Magdalena Ziomek (AgitPolska), Anna Maria Patané (KOD Berlin), Derv Bärlin (Berlin Ireland Pro Choice Solidarity), Ciocia Basia, Joanna Bronowicka (RAZEM Berlin). It was not without music – Two Times Twice.

We (the organizers from Dziewuchy Berlin) did not expect the presence of so many people, the demonstration was planned for about 100 people. On that day, protests were held in over 130 cities in Poland and in 30 countries.
The Polish Women’s Strike and the accompanying protests inspired women in Argentina, Mexico, Chile and South Korea, who also took to the streets to fight for the right to abortion.
We do not stop, we will persevere and never put down our black umbrellas!
We keep on fighting! In solidarity with Polish women*, in solidarity with women* in Germany, in solidarity with women* of the world in their struggles for their rights.
Photos: Maciej Soja / Soja Photography