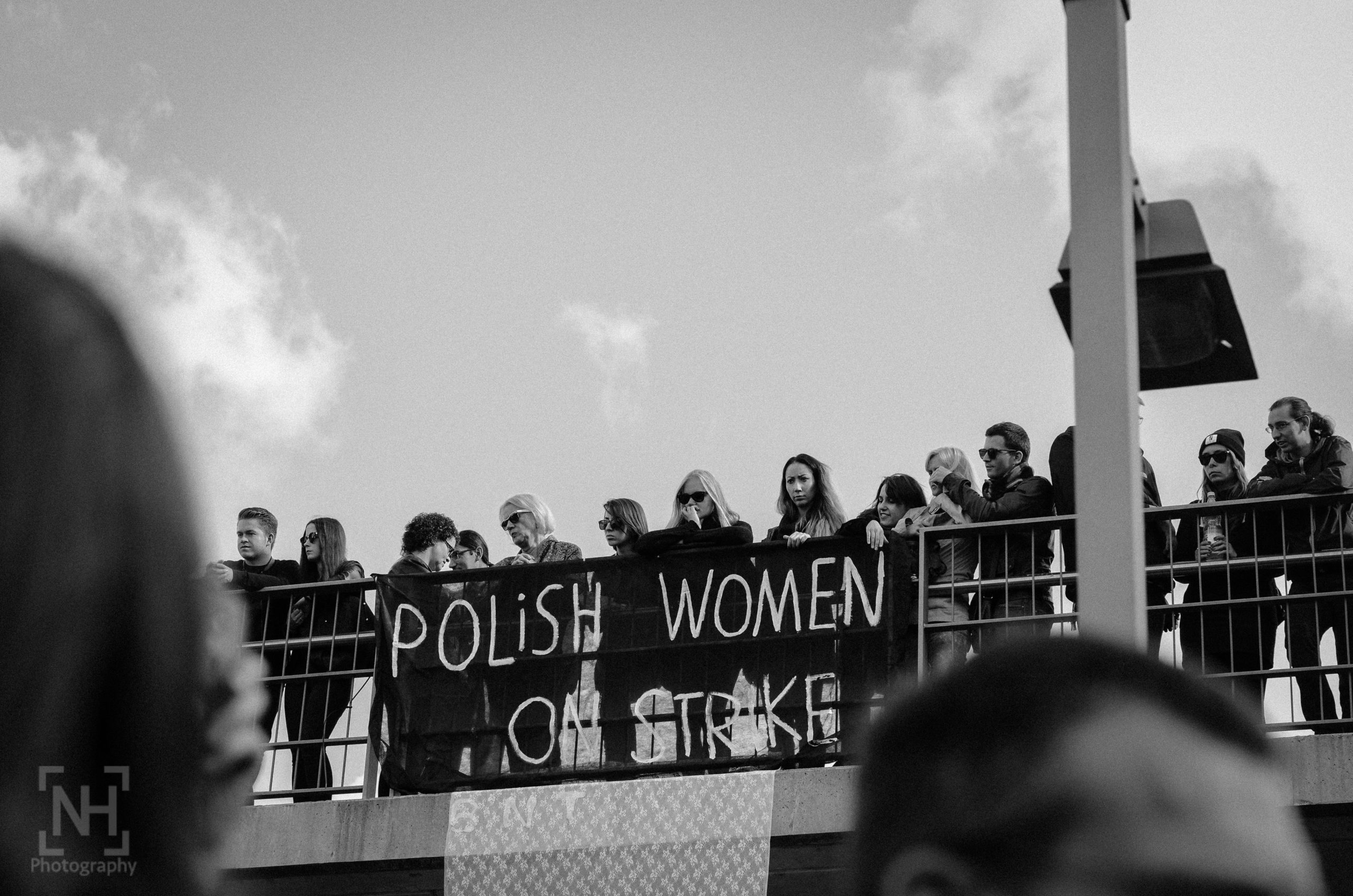 October 3, 2016 – Following the example of Icelanders, the first women who called for a national strike in 1975, Polish women go on a one-day strike. The strike is against the bill attempting to introduce the criminalization of abortion, including miscarriage or abortion as a result of rape. At first, the rulers banalized the protest saying that the women took to the streets to “stroll around”. But that same week the law was rejected by parliament. That day became known as “Black Monday”. The Polish strike gained much resonance in the rest of the world.

October 19, 2016 – In response to a week in which 7 femicides happened in Argentina and after a weekend in which the women were repressed in the march of the National Meeting of Women in Argentina; A call was launched in social networks in a self-organized way and women’s and feminist organizations, including the Ni Una Menos collective, joined in organizing a one-hour strike and mass mobilizations. This march was replicated in most countries of Latin America and the Caribbean.

October 24, 2016 – Second Polish strike against violence and state ignorance of women’s issues.
Seeing so much female movement, the women of the Polish team undertake the mission of connecting with movements from other countries to organize a joint action in the future. They make contact with the women who gave support to the “Black Monday”: South Korea, Russia and later with Argentina, thus creating the Facebook group where Ireland, Israel and Italy are added. It is decided that the group will be bilingual, Spanish-English.
At the end of October 2016, this group has already prepared a slogan “Solidarity is our weapon” and called itself the International Women’s Strike making a call to strike translated into several languages:
“We, the women of the world, had enough of physical, economic, verbal or moral violence directed against us. We will not tolerate it passively. We demand that our governments stop using misogynistic insults and start taking real steps to solve numerous problems related to our security, free access to medical care, including reproductive rights, the establishment and application of serious legal sanctions against our oppressors in cases of rape, domestic violence and every type of gender crime we are increasingly experiencing, as well as comply with an effective secularization of our states. Before de biological feminine condition we are, above all, human beings and besides, we are in the year 2016.
As conscious citizens, us women know that the world is going through a phase of crisis but we do not accept being victims of it. Governors of our countries be aware: be mature and approach the problems of the world in a direct, gentle way, without hurting us.
We, the women of the world, announce that if we do not take effective measures to stop this violence urgently and immediately, we will make a strike, caring and united, all over the world to defend our human rights. We constitute more than half of the world’s population and we know that power is in our hands.
International Women’s Strike
Women from Argentina, Brazil, Chile, Ecuador, Ireland, Israel, Italy, South Korea, Mexico, Peru, Poland and Russia, with more to come.

October 31, 2016 – Polish women write to one representative of the Ni Una Menos movement from Argentina inviting to collaboration and convinced that “without a global consolidation we will not get what we stand for. The best we can do is to go out in solidarity with other women because all we are living the same thing: a strong chauvinist consolidation at the moment of a world crisis. Each country has its reasons, because machismo has many different aspects. ”

It had been decided that November 25, International Day against Gender Violence, was the first joint action and March 8 was chosen for the day of an International Women’s Strike. Meanwhile, other countries are joining and an international team is formed. With events in the US and the Women’s March to Washington, world attention is once again growing towards women’s issues. The International Women’s Strike (IWS) comes into contact with some of the American organizers and on January 21, it carries out support marches in some countries. The number of countries participating in the International Women’s Strike grows to 35: Argentina, Australia, Belgium, Bolivia, Brazil, Chile, Costa Rica, Czech Republic, Ecuador, Germany, Great Britain, France, Guatemala, Honduras, Iceland, Northern Ireland, Republic of Ireland, Israel, Italy, Mexico, Nicaragua, Peru, Poland, Portugal, Dominican Republic, Russia, Salvador, Scotland, South Korea, Spain, Sweden, Togo, Turkey, Uruguay and United States.
#8M
#womensstrike join us: www.parodemujeres.com 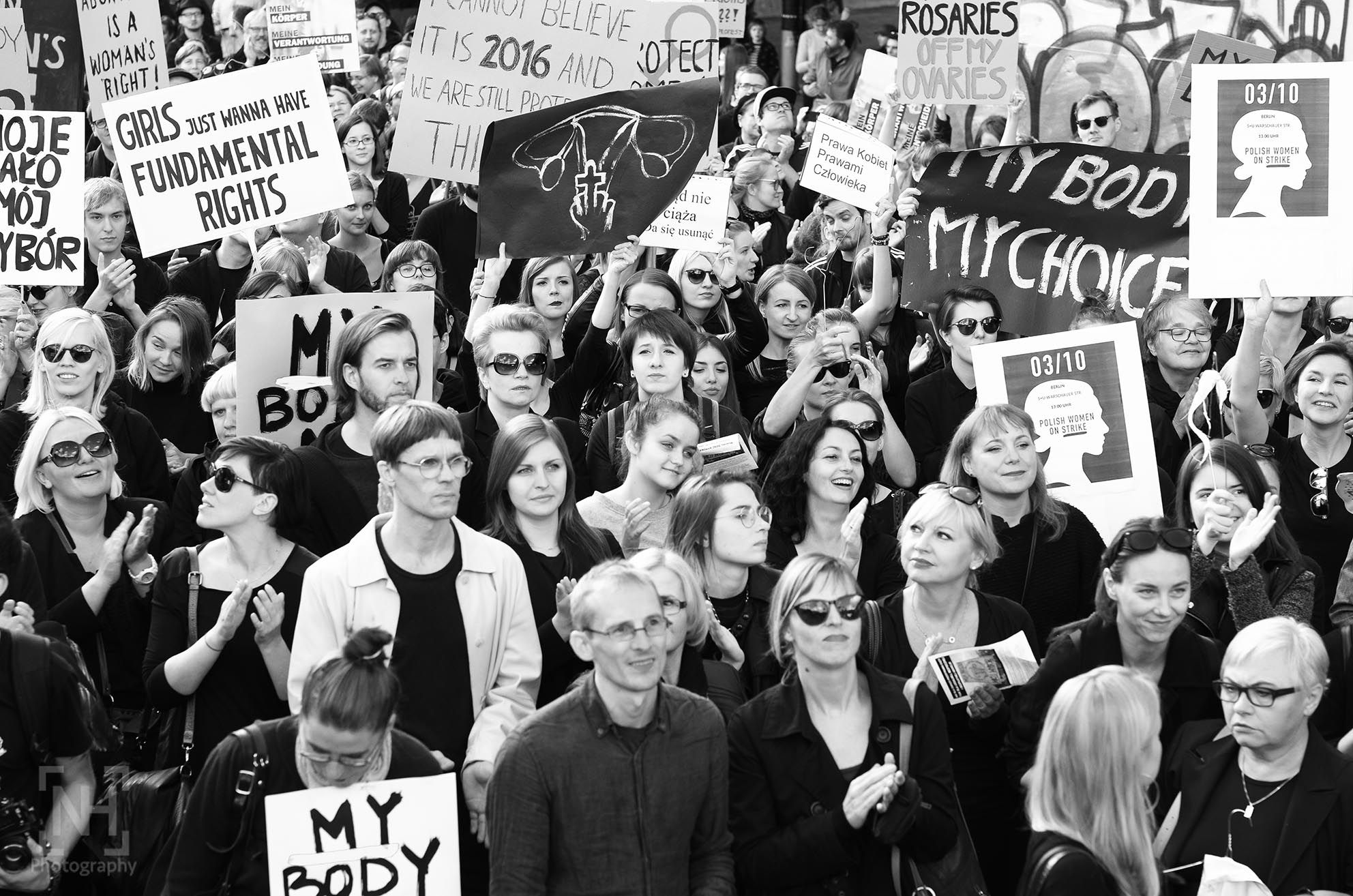