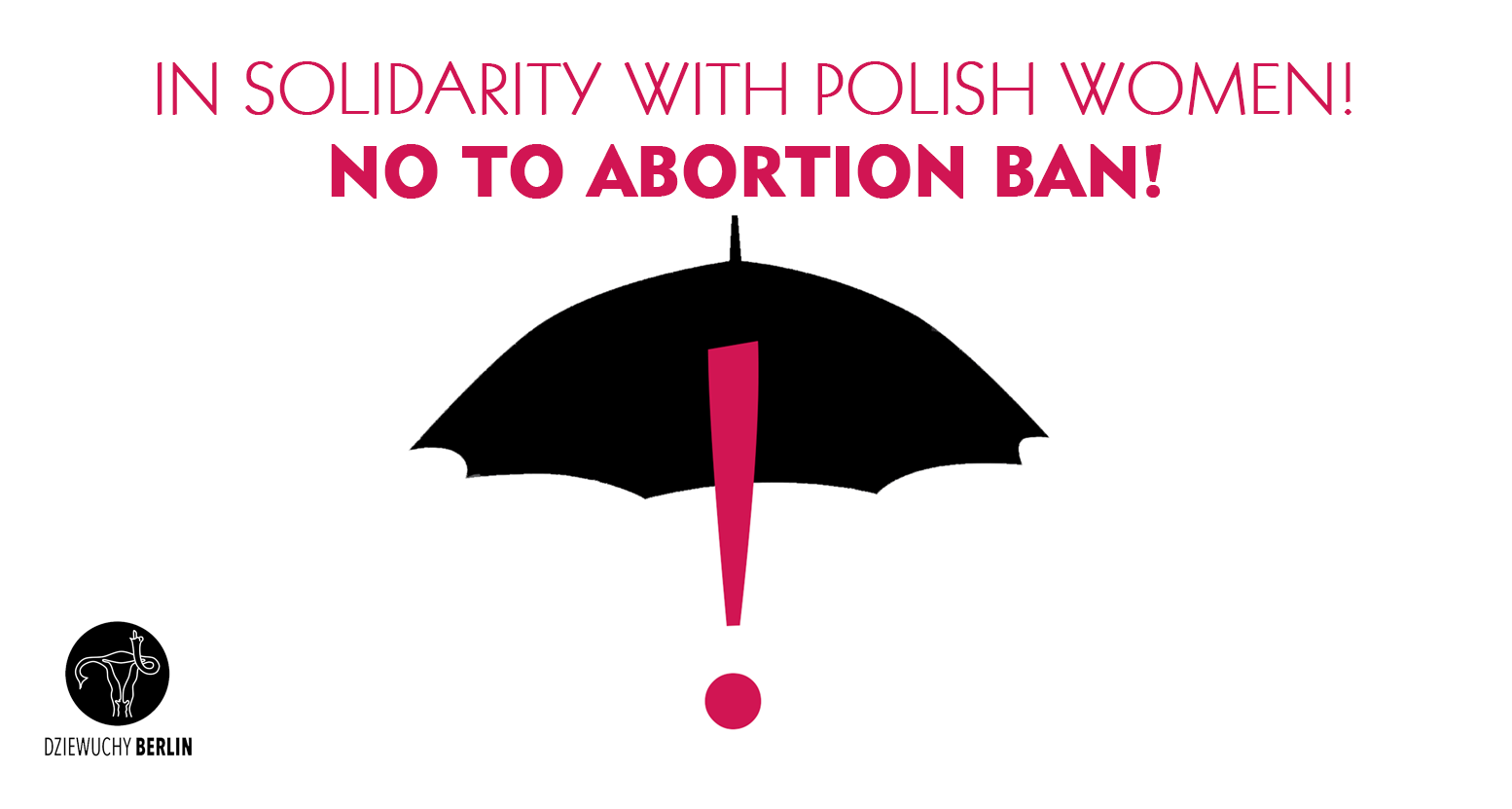 Abortion ban in Poland: here we go again….
Poland has one of the most restrictive abortion laws in Europe. Abortion is possible in only 3 cases: 1. When the foetus has irreparable damages, 2. When life of the mother is endangered, and 3. When pregnancy is the result of incest or rape. Already in 2016, Polish government with majority of the conservative party PiS (Law and Justice) tried to limit reproductive rights and ban abortion – it passed a civic bill draft which banned abortion completely for further processing. In September and October 2016, thousands of women in Poland and abroad took off to the streets and PiS withdrew tha draft. It was submitted again, by representative of anti-choice organisation, Kaja Godek in 2018 – in a different form. This time the bill stipulated a ban on abortion in case the fetus has irreversible damages – and this reason represents 98 percent of all abortions in Poland. That was, in fact, a total ban on abortion. The project, however, landed in a parliamentary drawer, as PiS feared further protests by women.

According to the Polish law, the first reading of citizens’ bills submitted in the previous term of office will take place no later than six months after the date of the first meeting of the new Parliament. That date is May 12th, and thus, the last parliamentary sitting in April was chosen by law. Even if it seems not a good time to decide on the fundamental rights of millions of Polish women, the referral of the draft bill concerning the ban on abortion is consistent with the legislative process.

Polish parliament is set to discuss the ban on abortion draft bill and a ban on sex education draft bill during a sitting next week on 15th-16th April 2020.

Coronavirus has crippled global protest movements. Pandemic is spreading fast, and we need to flatten the curve. Mass public events are cancelled in most places and a ban on public gathering makes it impossible to organise a demonstration. It limits our possibilities to resist the draconic abortion ban. It makes us also scared and insecure about what might happen. Street protest was our strongest tool of resistance in the fight for safe and legal abortion. Now we are isolated in our homes, but we are not alone and we will keep fighting.

If the anti-abortion bill is to be passed by the PiS party, women in Poland will lose their fundamental rights. It is already hard for women in Poland to get an abortion, to get contraceptive pills. The situation is dramatic, when it comes to domestic violence – the new “Anti-crisis shield” bill, introduced recently, does not mention that problem at all. Instead, it concentrates on limiting civic rights and ways to allow the government to run presidential elections in May 2020. Elections, in which only one candidate has the right and possibility to run a campaign – and that is the current president, who is devoted to PiS party.

We cannot allow this to happen!

Let us stand in solidarity with Polish women, again! Especially in times of epidemic, when people cannot fully express their opinions, new ways of resistance and solidarity have to be found. Solidarity beyond borders is crucial and needed.

We call everybody, individuals, organisations, initiatives and politicians to express their solidarity with Polish women. What can you do:

– share this post
– sign your call (drop us a line info@dziewuchyberlin.org )
– take a selfie dressed in black with a black umbrella* and post it with hashtags: #CzarnyKwiecień #Aprilinblack #ParasolkaMojąTarczą #MyUmbrellaIsMyShield
#NoToAbortionBan #SolidarityWithPolishWomen
– write emails / inform media / send support to your Polish friends
– hang banners on your balconies / windows with hashtags or solidarity slogans