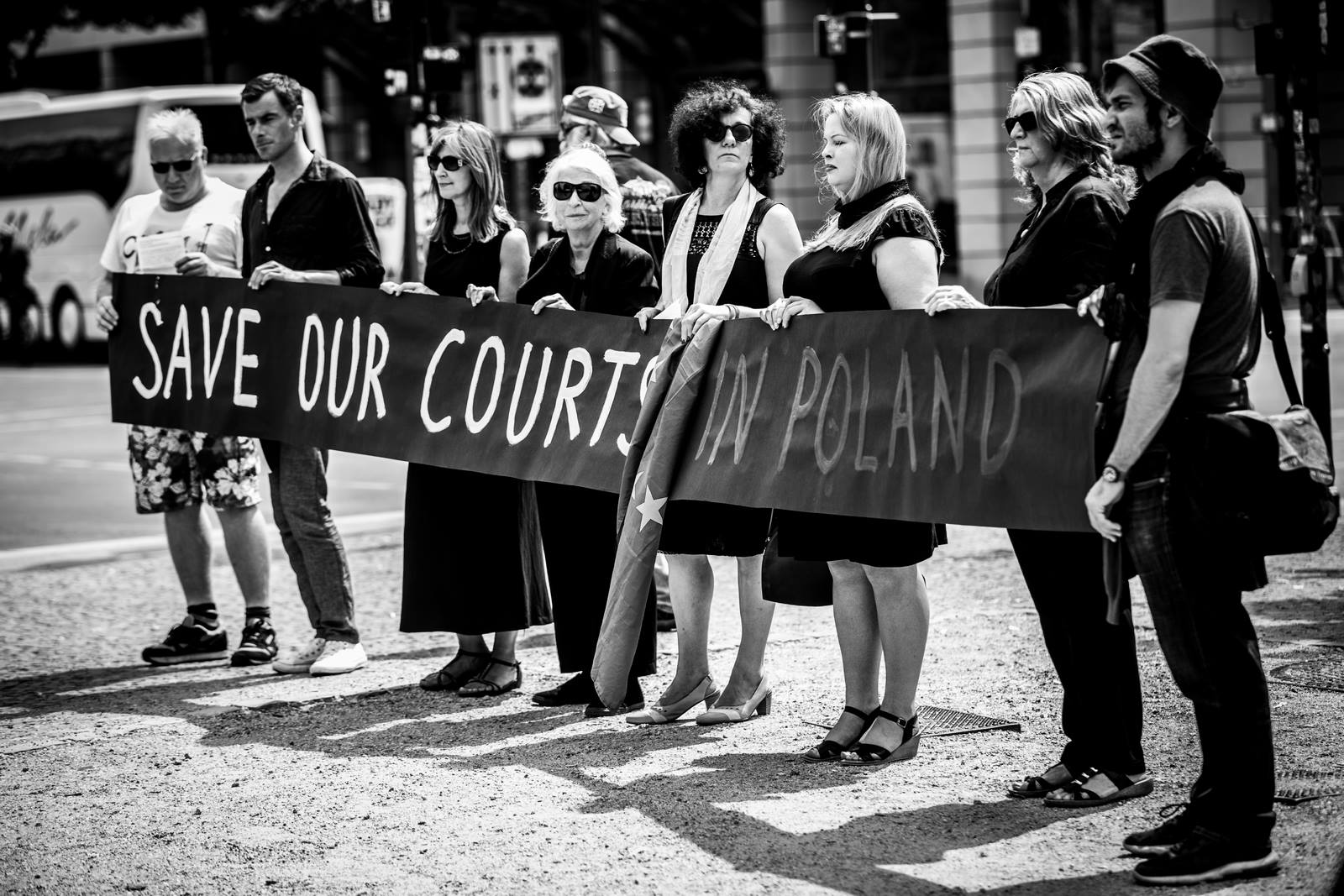 Rule of Law: Commission launches infringement procedure to protect the independence of the Polish Supreme Court

Today, the European Commission has launched an infringement procedure by sending a Letter of Formal Notice to Poland regarding the Polish law on the Supreme Court.

On 3 July, 27 out of 72 Supreme Court judges face the risk of being forced to retire – more than one in every three judges – due to the fact that the new Polish law on the Supreme Court lowers the retirement age of Supreme Court judges from 70 to 65. This measure also applies to the First President of the Supreme Court, whose 6-year mandate would be prematurely terminated. According to the law, current judges are given the possibility to declare their will to have their mandate prolonged by the President of the Republic, which can be granted for a period of three years and renewed once. There are no criteria established for the President’s decision and there is no possibility for a judicial review of this decision.

The Commission is of the opinion that these measures undermine the principle of judicial independence, including the irremovability of judges, and thereby Poland fails to fulfil its obligations under Article 19(1) of the Treaty on European Union read in connection with Article 47 of the Charter of Fundamental Rights of the European Union.

While the Polish Supreme Court law has already been discussed in the Rule of Law dialogue between the Commission and the Polish authorities, it has not been satisfactorily addressed through this process. The Commission believes that the introduction of a consultation of the National Council for the Judiciary (NCJ) does not constitute an effective safeguard, as argued by the Polish authorities. The NCJ’s opinion is not binding and is based on vague criteria. Moreover, following the reform of 8 December 2017, the NCJ is now composed of judges-members appointed by the Polish Parliament – which is not in line with European standards on judicial independence.

Given the lack of progress through the Rule of Law dialogue, and the imminent implementation of the new retirement regime for Supreme Court judges, the Commission decided to launch this infringement procedure as a matter of urgency. The Polish government will have one month to reply to the Commission’s Letter of Formal Notice. At the same time, the Commission stands ready to continue the ongoing rule of law dialogue with Poland, which remains the Commission’s preferred channel for resolving the systemic threat to the rule of law in Poland.

The rule of law is one of the common values upon which the European Union is founded. It is enshrined in Article 2 of the Treaty on European Union. The European Commission, together with the European Parliament and the Council, is responsible under the Treaties for guaranteeing the respect of the rule of law as a fundamental value of our Union and making sure that EU law, values and principles are respected.

Events in Poland led the European Commission to open a dialogue with the Polish Government in January 2016 under the Rule of Law Framework. The Commission keeps the European Parliament and Council regularly and closely informed.

On 29 December 2017 the Commission launched an infringement procedure on the Polish Law on Ordinary Courts, also on the grounds of its retirement previsions and their impact on the independence of the judiciary. The Commission referred this case to the Court of Justice on 20 December 2017.

Also on 20 December 2017, the Commission invoked the Article 7(1) procedure for the first time, by submitting a Reasoned Proposal for a Decision of the Council on the determination of a clear risk of a serious breach of the rule of law by Poland[1].

At the General Affairs Council hearing on Poland on 26 June, in the context of the Article 7(1) procedure, no indication was given by the Polish authorities of forthcoming measures to address the Commission’s outstanding concerns. The College of Commissioners therefore decided on 27 June 2018 to empower First Vice-President Frans Timmermans to launch this infringement procedure. The Commission stands ready to continue the ongoing rule of law dialogue with Poland, which remains the Commission’s preferred channel for resolving the systemic threat to the rule of law in Poland.

[1]Article 7.1 of the Treaty on European Union provides for the Council, acting by a majority of four fifths of its members, to determine that there is a clear risk of a serious breach by a Member State of the common values referred to in Article 2 of the Treaty. The Commission can trigger this process by a reasoned proposal.